We Keep You Up to Date

Visit our News page for regular updates on tax regulation and the latest developments at our firm and in tax law changes.

Here is a list of 10 important changes you need to know about before filing your 2016 taxes. USA TODAY

Tax time is nearly upon us again, and 2016 will bring some tax changes you need to know about. By learning about them before the new year, you'll be better able to take steps that will leave you prepared both this year and next. Let's look at the 10 biggest tax changes you should know about going into 2016.

The Washington, D.C., holiday of Emancipation Day is on Friday, April 15, 2016. Under federal law, the tax deadline gets extended when it falls on a holiday or weekend, and so the tax deadline for most taxpayers will be the following Monday, April 18. For those states in New England that celebrate Patriot's Day, an even later April 19 deadline will apply.

2. Tax penalties related to Obamacare are going up again.

Most of the tax brackets that govern different classes of taxpayers are adjusted for inflation. For 2016, these bracket amounts are rising by roughly 0.4%.

4. Standard deductions are going up for head-of-household filers.

The personal exemption that taxpayers are entitled to take on their tax returns will go up by $50 in 2016. That will give everyone an exemption amount of $4,050.

6. Contribution limits on health savings accounts are going up.

Health savings accounts let people with high-deductible health plans set money aside on a pre-tax basis to cover the costs of their health care. For 2016, the contribution limit for individual policies will remain at $3,350, but the maximum contribution for family policies will rise by $100 to $6,750. A catch-up contribution of $1,000 for those 55 or older will continue to apply.

7. The Earned Income Credit is rising.

8. The exemption from AMT is higher.

The alternative minimum tax has struck a growing number of taxpayers, making the exemption amount more important than ever. Single taxpayers will see their AMT exemptions go up $300 in 2016 to $53,900, while joint filers will see a $500 boost to $83,800.

The lifetime exemption amount for the gift and estate tax is tied to inflation, and it is slated to rise next year as well. The exemption amount will rise to $5.45 million, up $20,000 from 2015. The limit applies to estates of those who pass away in 2016.

10. Other tax provisions could change if not renewed.

Nearly every year, lawmakers wait until the last minute to renew popular tax breaks, such as charitable distribution from IRAs, state sales tax deductions, teachers' write-offs for classroom supplies, and deductions for private mortgage insurance. As of early December, these provisions hadn't yet been renewed for 2015, but typically, lawmakers renew them retroactive to the beginning of the year. The same is likely in 2016 unless an extension provides for two years of relief rather than just one.

Many things aren't changing. Even though the 10 things listed above are changing, many other typical annual changes aren't happening. Contribution limits to 401(k) plans, IRAs, and flexible
spending arrangements are all staying the same in 2016 as they were in 2015, reflecting the minimal amount of inflation in the economy. 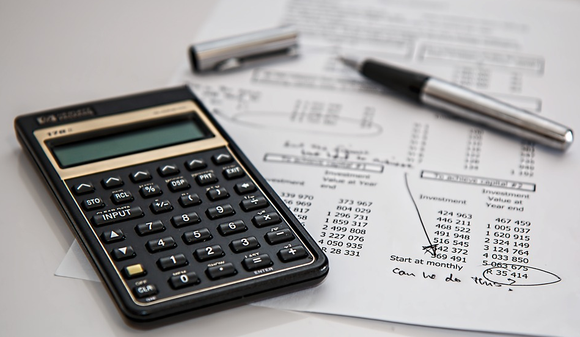 Tax deductions can be a big deal. And there's no reason for you to feel guilty for taking advantage of them:

like donating to a charity or raising a family. It's a shame more families don't realize they could easily qualify for larger tax breaks.

Consider a household with a husband, wife, and two children pulling in about $80,000 per year.

If this family takes the easy route and simply takes the standard deduction, one exemption for each

member of the family, and the child tax credit -- they'll still be left with almost $50,000 in taxable

When all is said and done, this hypothetical family would owe about $6,500 in federal income taxes. But if they took full advantage

of the three tax breaks I'm introducing here, then their bill could drop all the way to $0.

Of course, not every family will be able to do this, as it requires a level of saving that few realize. The bigger point is to see how

these three, even if used incrementally, can help reduce your bill come next April.

1. Open up a Health Savings Account (HSA) Not everyone will qualify to take part in an HSA, but those who are can reap a number of benefits. Unlike money in a Flexible

Spending Account for healthcare, money that you put into your HSA doesn't disappear at the end of the year; you get to keep it

until you use the money for a qualified medical expense.

In order to qualify for an HSA plan, however, you need to have a high-deductible insurance plan. For 2016, that means single filers

In the year ahead, single filers can put up to $3,350 into their HSAs -- and those who are aged 55 and older can contribute an extra

I've also written extensively on how an HSA can be one of the best vehicles for saving for retirement as well, if used properly.

For our family in question, if the HSA contributions are maxed out, it would reduce their taxable income by another $6,750.

2. Maxing out that 401(k) Social Security is in a tenuous position where benefits will likely be reduced down the road due to a lack of funding, while private

-company pensions are disappearing. Therefore the government is encouraging Americans to take charge of their own retirement

savings by allowing us to use a number of tax-advantaged savings accounts.

Some of the best options are company-sponsored 401(k), 403(b), and 457 plans. All contributions to these retirement plans are

tax-deferred-- meaning you pay no taxes now, and the government will only take its slice when you actually use this money in

And every cent you put in is deductible from the current year's income.

For our featured family, this means that up to $36,000 could be deducted from their income, assuming the husband and wife both

work and max out their retirement plans. Again, it's unlikely that many families can actually contribute at such levels. But the

bigger point is that contributing will not only help lower your tax bill now, but give you a jump-start on saving for retirement.

3. Deductions for charitable contributions When was the last time you did a thorough spring cleaning? If you're anything like my family -- and millions of other households

throughout America -- then you have your fair share of "stuff" that you no longer need. By cleaning out your home and bringing

these items to a charitable organization like Goodwill, The Salvation Army, or any number of shelters, you can significantly

reduce your tax bill. By law, you can deduct up to 50% of your adjusted gross income (AGI) for donations to most public charities

(schools, hospitals, etc.) and private operating foundations. In order to claim the deduction, you must have a receipt for your

donations with a calculation of the fair value of everything you've donated.

If you're donating countless items whose fair value is difficult to calculate, TurboTax has an app that makes the process

HSA and 401(k) contributions). This means that they can donate up to $18,625 worth of stuff and deduct all of it from their

income. Of course, that would require a pretty serious level of giving, but you don't need to reach that level to enjoy the tax benefits

For those who are curious, the couple in question could actually contribute as little as $13,000 to their 401(k)s and still reach a

federal income tax bill of $0, assuming they max out their charitable contributions.

If you are a farmer or rancher forced to sell your livestock because of the drought that affects much of the nation, special IRS tax relief may help you. The IRS has extended the time to replace livestock that their owners were forced to sell due to drought. If you’re eligible, this may help you defer tax on any gains you got from the forced sales. The relief applies to all or part of 37 states and Puerto Rico affected by the drought.

Here are several points you should know about this relief:

Get more on this relief in Notice 2016-60 on IRS.gov. This includes a list of states and counties where the IRS relief applies. For more on these tax rules see Publication 225, Farmer’s Tax Guide on IRS.gov.

Get in Touch With Us.

You can reach us during the following hours: