The 2018 Tax Reform Bill: What You Need to Know 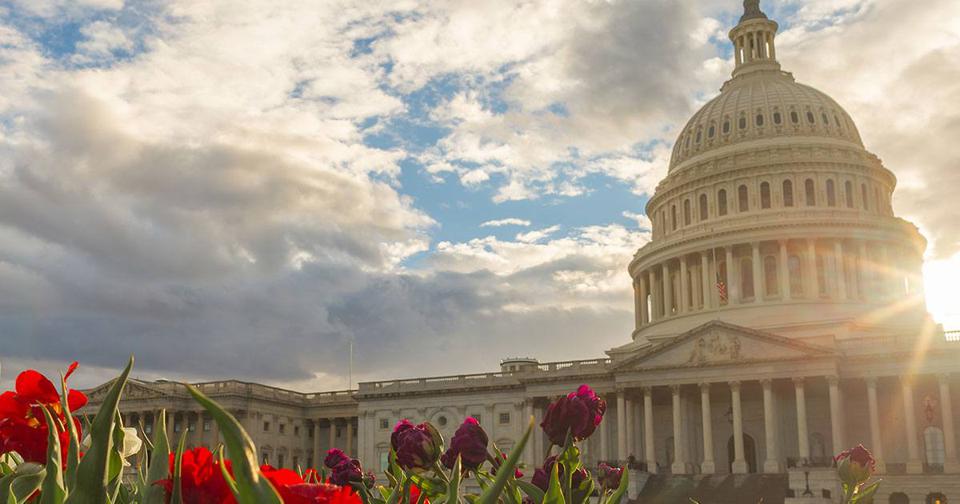 By now you may have heard some of the rumors surrounding the 2018 tax reform bill and could be wondering how it will affect you and your taxes. Let’s walk through some of the most significant changes and what they could mean for you.

First of all, the tax reform bill—formally known as the "Tax Cuts and Jobs Act"—won’t affect your 2017 taxes you’ll file by April 15 of this year. While it’s true some folks may start seeing a tax break in their paychecks in early 2018, the income tax credits and deductions won’t be applicable until next tax season. So, don’t panic! You have plenty of time to learn about the changes before you file.

What Does Dave Have to Say About the New Tax Reform Bill?

According to the U.S. Congress’s Committee on Ways and Means—the primary tax-writing committee in the House of Representatives—the tax reform bill has a handful of explicit purposes.(1) The stated purposes include:

One of the most widely discussed changes in the 2018 tax reform bill involves income tax brackets and marginal tax rates. Tax brackets refer to specific ranges of income and their corresponding tax rates. Marginal tax rates apply to different levels of income—the higher the income, the higher the tax rate. What this means to you is that your income is not taxed at one rate but at several different rates, depending on your income.

For 2018, the tax brackets have shifted, and almost all of the marginal tax rates have been cut. That means nearly everyone will have lower income tax rates (on the same income) in 2018.

Not only will taxpayers see lower rates, but the shift in tax brackets will also remove what used to be an unintended tax penalty for married filers. Under the 2017 tax thresholds, some married filers were pushed into a higher income bracket when they combined their income with their spouse’s. The new brackets double for joint filers, so any marriage penalty is effectively removed for 2018.

Difference in the Standard Deduction

Another important difference in the 2018 tax reform bill is that the standard deduction has almost doubled.

Changes to the Standard Deduction

Chart: Changes to the Standard Deduction(4)

At first glance, the increase in the standard deduction makes itemizing look even less worthwhile. But, the 2018 tax reform bill also eliminates the personal exemption—the amount a taxpayer gets to deduct from their taxable income for themselves and any dependents claimed on their tax return. Here’s how those two changes play out:

Essentially, the tax reform bill simplified this portion of the income tax process. In many cases, the increase in the standard deduction will make up for the elimination of personal exemptions, leaving most Americans with quite a bit more money in their pockets.

Changes to the Personal Exemption

Chart: Changes to the Personal Exemption(6)

In our current tax code, if parents make less than $110,000 jointly and $75,000 individually, they receive a $1,000 Child Tax Credit for qualified children under the age of 17.(7) The 2018 tax reform bill increases that credit to $2,000 per qualified child and raises the income limits for the credit to $400,000 jointly and $200,000 individually.(8) This means a lot more people will be able to receive tax credits for their children. Woo-hoo! The kids are finally paying off!

More Changes for Taxpayers With Kids

If you have children, you may have a 529 college savings plan in place. This savings plan acts similarly to a Roth IRA for your kids’ college education. Funds within the account are invested and grow tax-free, but they can only be used for qualifying college expenses. The new tax reform bill changes this significantly.

While it may seem like a benefit to use a 529 plan prior to college, you should work with a qualified investing professional to make sure—especially if you want to use the 529 plan sooner than you had originally intended. Taking too much out of a 529 plan early can completely negate the compounding growth effect the account could experience if the money is left alone.

As you consider college funding, don’t forget the Baby Steps! Paying off consumer debts, saving three to six months of expenses in an emergency fund, and contributing 15% of your income into retirement all come before college savings. There are a lot of ways to plan for college without going into debt!

Mortgage deductions in the new tax reform bill were a hotly debated topic. You may have heard whispers of disappointment in the final outcome. Here’s what everyone’s talking about:

Currently, if you itemize your deductions, the IRS allows homeowners to deduct the interest they pay on their primary residence and/or second home, up to a maximum of $1 million in original mortgage principal. This can include more than one loan—as long as the total is below the $1 million limit—and can include loans to refinance your home as well as mortgages to purchase the home. The new maximum in the tax reform bill is $750,000 in original mortgage principal. Not to worry, taxpayers with existing mortgages in between $1 million and $750,000 will be grandfathered into the old deduction.(9)

Taxpayers are also currently allowed to deduct interest paid on home equity debt, up to $100,000. The Tax Cuts and Jobs Act has removed that deduction for 2018.(10)

If you’re thinking of buying or selling a home and wondering how the tax reform bill could affect you, get expert advice from a top agent in your area.

Difference in the Alternative Minimum Tax

The Alternative Minimum Tax (AMT) was put into place to ensure that top-income earners paid appropriate taxes. Basically, upper income taxpayers have to calculate their taxes two ways—once under the traditional tax system and once under the AMT—and pay whichever amount is more. Much of the AMT is fairly complicated, however, the AMT tax brackets are not. While the standard tax system has seven brackets, the AMT system has only two—26% and 28%. Below a certain income amount, the 26% rate is applied, and over that amount, the 28% rate is applied to the rest.

Once taxpayers have calculated what they owe in the AMT process, they can deduct an exemption from that amount. The problem is that these exemptions weren’t properly set up to account for inflation. So as time passed, more and more Americans were affected by the AMT—even those who it was never intended for, like the middle class. To address this issue, the Tax Cuts and Jobs Act makes the minimums for the AMT system much higher to avoid the average Joe from having to run their numbers twice. Here’s how the AMT exemptions are changing for 2018.

In addition, the income thresholds at which the exemption amounts begin to phase out are dramatically increased. Currently, these are set at $160,900 for joint filers and $120,700 for individuals, but the new law raises them to $1 million and $500,000, respectively.

So, what does this mean in plain English? The new tax reform bill significantly increases the exemptions for AMT. Therefore, if you’re one of the many Americans who has to use the AMT for your yearly taxes, you will be seeing increased standard exemptions and higher tax thresholds for the 26% and 28% tax rates. Win-win!

Take Our Quiz: Do You Really Need a Tax Advisor?

Difference in the SALT Deduction

The SALT deduction is another deduction that was heavily deliberated before the tax reform bill was voted in. SALT stands for "state and local taxes" and refers to taxpayers’ ability to deduct their state income taxes and/or sales taxes, if itemizing deductions. In previous years, there was no limitation on the deduction of state and local taxes, which was an advantage to those living in high tax states like California and New York. The new tax reform bill keeps the SALT deduction but limits the total deductible amount to $10,000, including income, sales and property taxes.(12)

The estate tax is a tax on inherited money and property. Currently, heirs pay a tax rate of 40% on any inherited property valued at over $5.49 million.(13)

In the new tax reform bill, individuals have a $11.2 million lifetime inheritance tax exemption and married couples can exclude inheritances of $22.4 million.(14) As you can probably imagine, this won’t leave too many families paying the estate tax.

What About Charitable Donations?

Under current tax law, you can deduct up to half of your income in qualified charitable donations if you itemize your deductions. That makes it a popular deduction for people at all income levels. The new tax reform bill has increased that limit to 60% of your income.(15) What a great incentive to get taxpayers to donate to charities!

However, donations made to a college in exchange for the right to purchase athletic tickets will no longer be deductible.

What About Medical Expenses?

What About Health Care (Obamacare)?

The Affordable Care Act, otherwise known as Obamacare, remains in effect for 2017. However, the new tax reform bill removes the individual mandate penalty, meaning that people who don’t buy health insurance will no longer have to pay a tax penalty.

It’s worth noting that this change doesn’t go into effect until 2019, so for 2018, the "Obamacare penalty" can still be assessed.

Other Deductions That Are Disappearing

Other deductions that didn’t make it past the chopping block in the new tax reform bill:

The Tax Cuts and Jobs Act (HR 1, “TCJA”) established a brand new tax deduction for owners of pass-through businesses. Pass-through owners who qualify can deduct up to 20% of their net business income from their income taxes, reducing their effective income tax rate by 20%. This deduction begins for 2018 and is scheduled to last through 2025—that is, it will end on January 1, 2026 unless extended by Congress.

This deduction can really add up. For example, if you have $100,000 in pass-through income, you could qualify to deduct $20,000, reducing your income taxes by a whopping $4,800 if you’re in the 24% income tax bracket. Clearly, all small business owners need to understand this complex deduction. Here are the requirements to take it.

You Must Have a Pass-Through Business

But What Does It All Mean?

The one thing that’s clear through all of this is that taxes are complicated. Even the IRS is scrambling to keep up with all the changes in the new tax reform bill.

Add to that the fact that millions of Americans overpay their taxes each year, and it’s easy to see why you need a tax professional now more than ever.(18) A pro handles the heavy lifting of tax preparation and makes sure your taxes are done right. No more overpaying! Just one missed deduction could cost you far more than the fee of a professional.

But what about tax software or online tax prep? Prior to the new tax reform bill, it might have been safe to rely on those options to file your yearly taxes. But with all the changes coming, there’s no guarantee these programs have caught up. If any year is the year to work with a tax advisor, it would be 2018.

Tax Software vs. Tax Pro? Which Is Right for You?

The bottom line? When in doubt, turn to a tax advisor. With years of experience behind them, they can take the guesswork out of taxes and prepare your withholdings for next year—protecting you and your wallet.